I am not an official movie critic, however, it is my hobby to watch movies. I love to dissect and appreciate story lines, screenplays, direction, musical scores, graphic effects, and I truly adore superb acting. I am making my top five year-2014 movies. There were several movie candidates that fell short entering my top five, however, they are worth mentioning; North Korea uproar, The Interview, based on a real military hero, American Sniper, mind-bending Interstellar, Brad Pitt’s war movie, Fury, all about drumming, Whiplash, creepy and “stalkish,” Nightcrawler, epic remake of Godzilla, best sequel of 2014, Dawn of The Planet of the Apes, and underrated from a Korean Director movie, Snowpiercer. I am basing my top five on viewing situation, fandom, and personal impact.

X-men is my all-time favorite superhero series. Cartoons, comics, or movies, I enjoy all of them. I was upset the way they ended the trilogy. I was happy that they tried to fix things up in order to redeem themselves from that lousy “The Last Stand” X-men movie. Beast is my favorite mutant. This movie is not an Oscar-caliber, but the mixing of the idea of past, present, and future made this movie a “mutantastic” film. 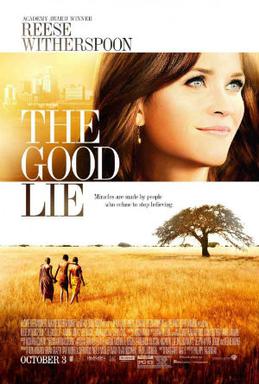 And, that is why this movie is such an inspiration film. Reese Witherspoon and the African main characters are displayed a remarkable acting skills. I felt the trouble and pain that they had to go through in order to survive. This is definitely worth watching.

This one hits home. I watched this when I was in the process of healing with my depression. People with depression can understand what it feels when you do not want to be bother and just try to hate who hurt you. There was one part where Baymax contacted Hiro’s friends to show emotional support, then Baymax hugged him to display “physical assurance.” There are times when all you need is a good big hug.

Rosamund Pike deserved that Oscar nomination for that creepy yet mesmerizing performance. If you have not seen this movie, then I cannot say much in order to protect you from spoiling a great story line. Have fun watching.

Truly a masterful artwork of cinematography. The acting was superb. The story was on point. The flow was captivating. If you like action, mystery, and a little bit of historical drama, then this one is right for you.

Under the radar movies that you might want to watch

What are you looking for?

Whats On Your Mind?

If you want to help financially. You can donate via paypal.